A commemorative postage stamp on the Golden Jubilee of the 3rd & 5th Battalions of 5th Gorkha Rifles (FF) : 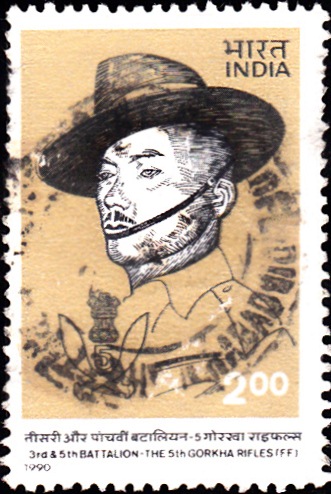 Description of Designs : The Postage stamp and FDC are designed by Sh. R.N. Pasricha. Cancellation is made by Ms Nenu Gupta.