A commemorative postage stamp on the Tercentenary of the Birth of Khalsa, a group of Sikh warriors, initiated by Guru Gobind Singh in 1699, a key event in history of Sikhism : 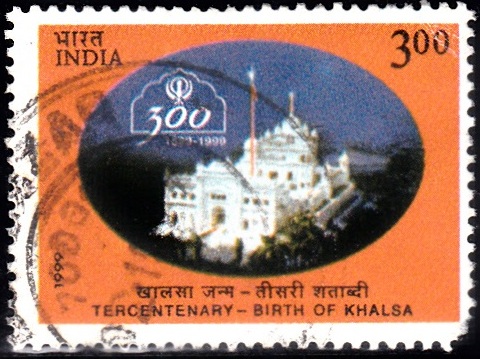 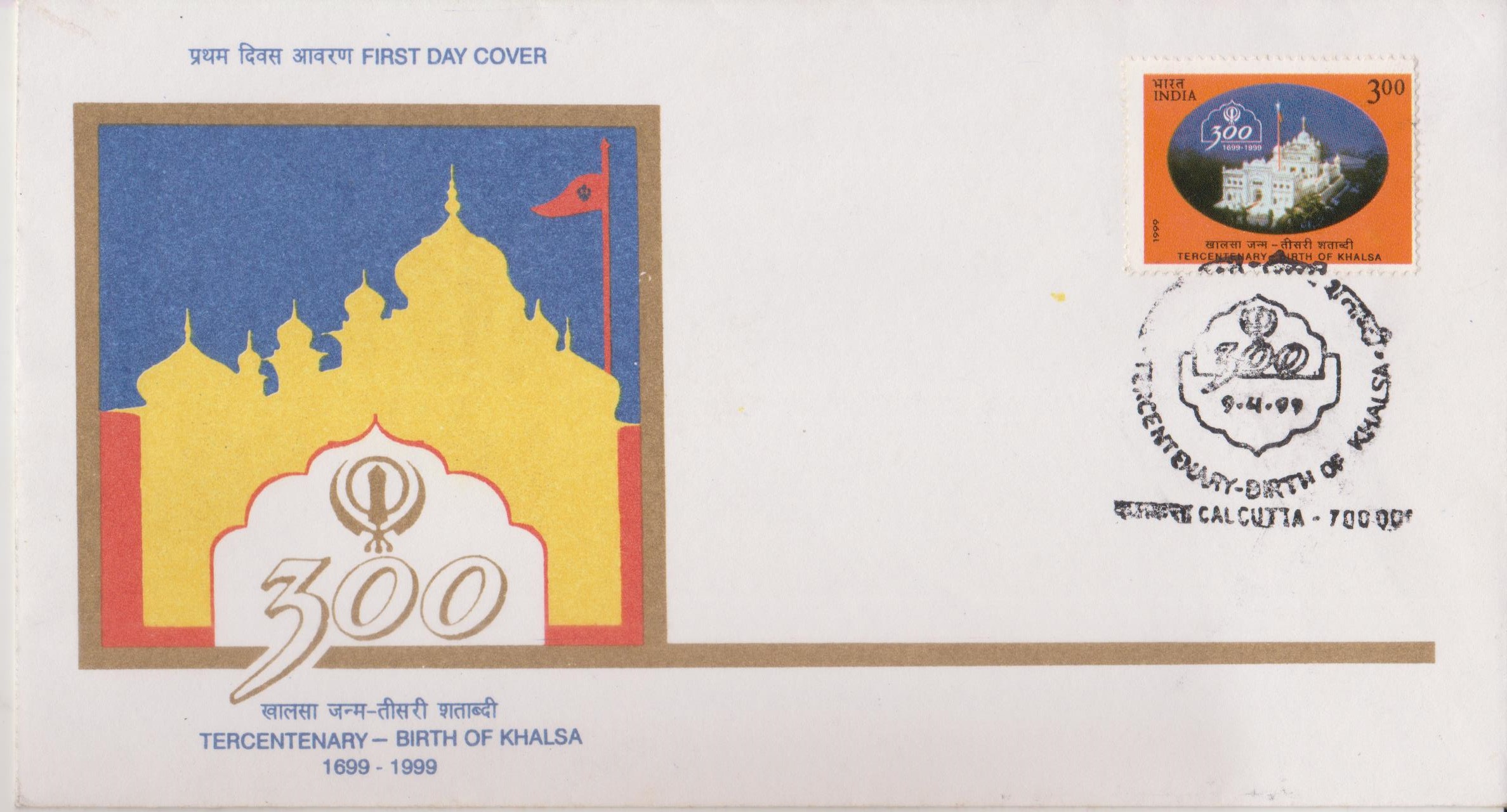 Issued for : The Department of Posts feels privileged to issue this stamp commemorating the tercentenary of the Khalsa.

Credits :
Stamp : Based on material supplied by the sponsors.
FDC & Cancellation : Alka Sharma