A commemorative postage stamp on the Millenary of the Khajuraho Group of Monuments, UNESCO World Heritage Site: 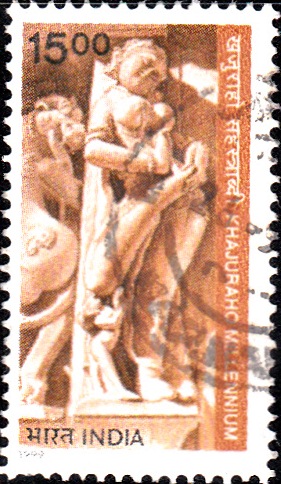 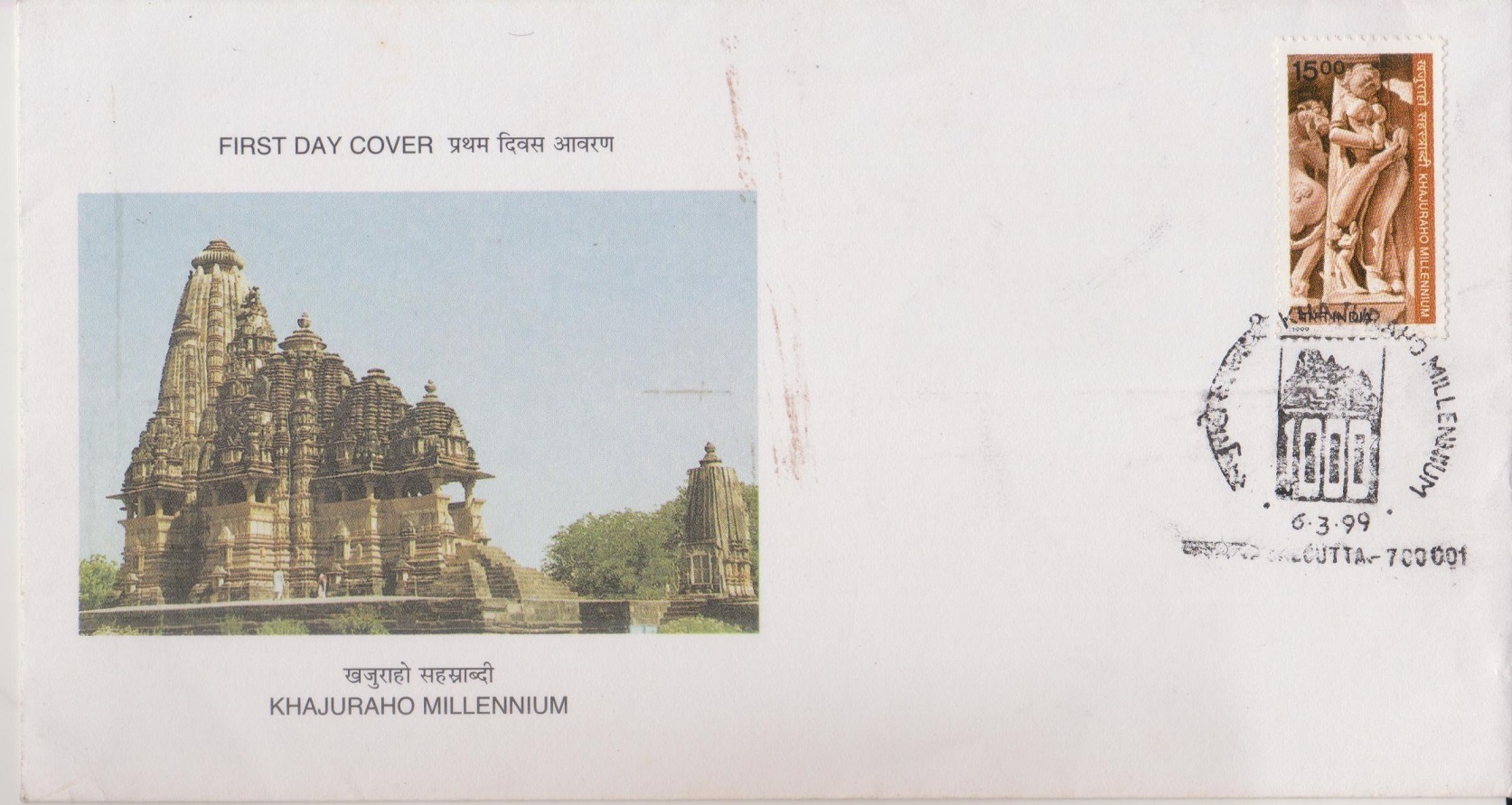 Issued for : The temple of Khajuraho were built during the ninth to twelfth century A.D. The Department of Posts is happy to issue this stamp in commemoration of one thousand years of Khajuraho.

Design : The stamp depicts one of the Khajuraho sculptures, “Apsara removing a thorn from her foot”. A picture of the Visvanatha temple dated 999 A.D. is shown on the First Day Cover.

Credits :
Stamp & FDC : Based on material supplied by the Archaeological Survey of India.
Cancellation : Alka Sharma