A commemorative postage stamp on the United Nations Conference on Technical Cooperation among Developing Countries : 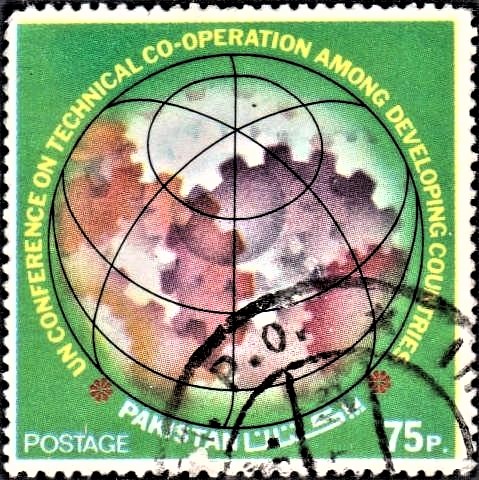 Issued for : To commemorate this important international moot Pakistan Post office has issued a stamp in the 75 paisa denomination on 3rd September, 1978.

Description : Format of the stamp is square. Technical Co-operation among Developing Countries, is symbolically represented by cogwheels intermingled with one another in different colours against the green background.