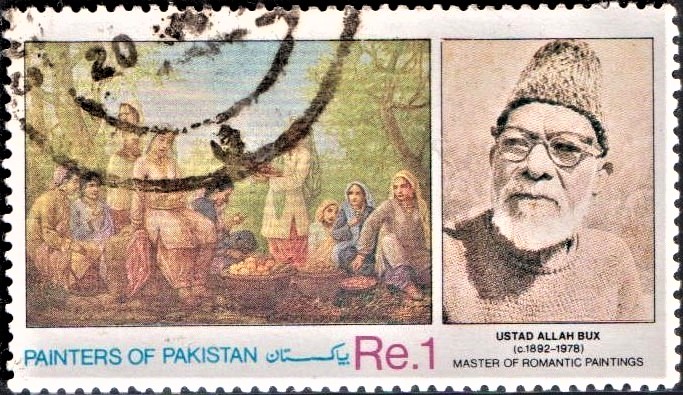 Issued for : To commemorate the works of renowned painters of Pakistan, Pakistan Post Office is issuing one commemorative postage stamp of Re. 1/- denomination on December 24, 1991.

Designer : Adil Salahuddin (President’s Award for the Pride of Performance)