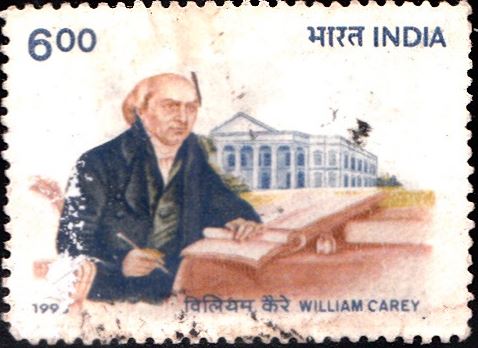 Issued for : The Department of Posts is privileged to issue a stamp on Dr. William Carey, who adopted India as his country and strived to serve her people.

Design : The stamp design depicts Dr. William Carey‘s portrait at his writing desk, against the backdrop of Serampore College.