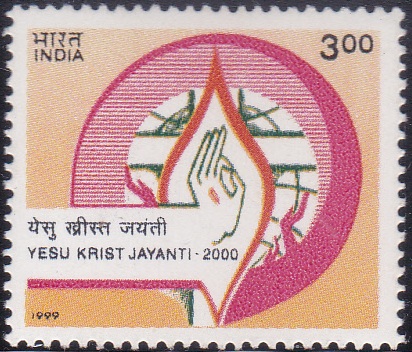 Issued for : The Department of Posts is happy to issue a commemorative stamp on the ‘Yesu Krist Jayanti 2000’ celebrations.

Design : The stamp design portrays the theme ‘Towards a New Society’. The outer circle with the rays in pink symbolises the rising sun. The year 2000 brings a new dawn. The globe in green stands for the world which is filled with a new hope. The theme of universal peace, is symbolised by the hand of Christ in Upadesa Mudra posture.