A commemorative postage stamp on 100 years of the Telephone Services : 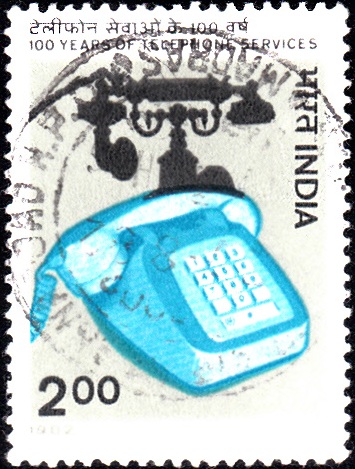 Issued for : Indian Posts and Telegraphs Department is privileged to issue a special postage stamp to commemorate the 100 years of telephone services in the country.

Description of Designs : The stamp and first day cover were designed by C.R. Pakrashi and the first day cancellation by Charanjit Lal.