A commemorative postage stamp on the 225 Years of the 2nd Guards (1 Grenadiers), an infantry regiment of the Indian Army : 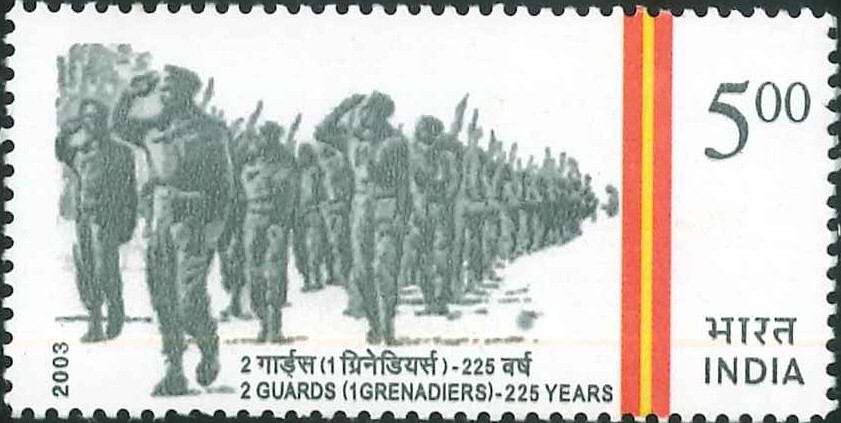 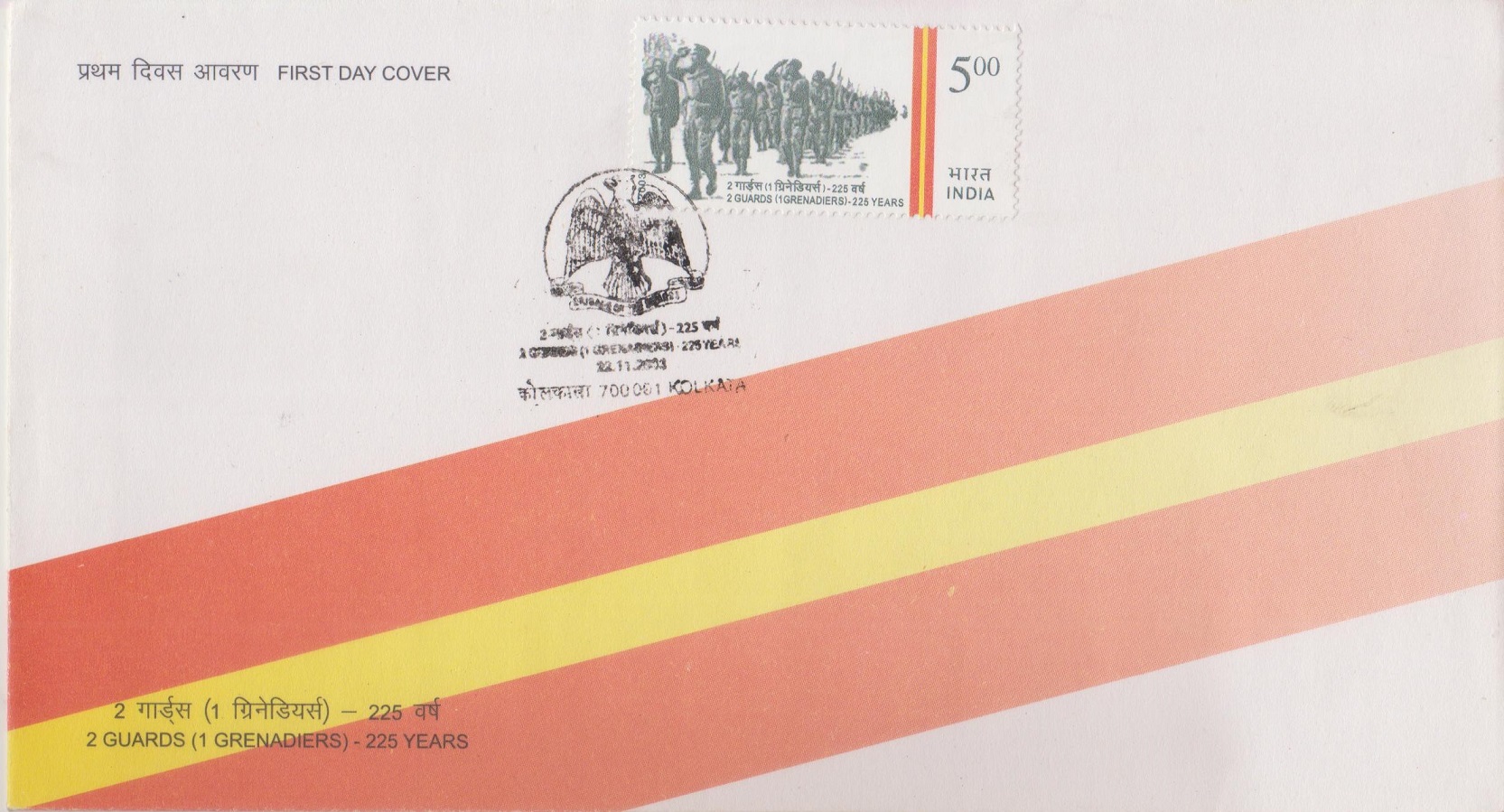 Issued for : The year 2003 marks 225 years of the raising of the Battalion and the Department of Posts is proud to commemorate the occasion through the issue of this special postage stamp.

Number of Stamps per sheet : 16