A commemorative postage stamp on the 34th Japan Championships in Athletics, Miyazaki, Kyushu : 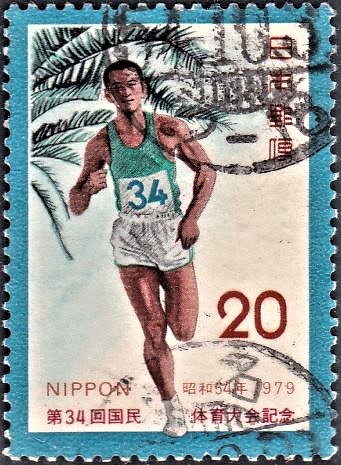 Issued for : A postage stamp was issued to commemorate the 34th National Athletic Meeting, which was held on October 14-19 at 17 locations in and around Miyazaki-City. Approximately 16,000 athletes competed in this national championship centered around track and field, which had been named “The Cradle of Japan’s culture, Miyazaki’s National Championship“.