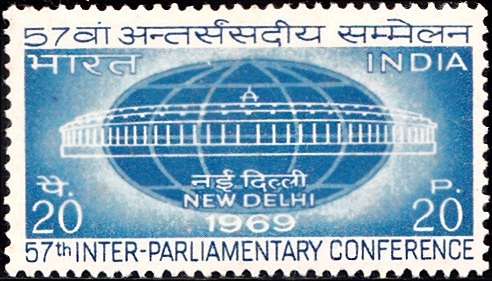 Issued for : India is proud to play host to this international Conference and the Posts & Telegraphs Department of the Government of India has great pleasure in celebrating the occasion by issuing a special postage stamp to mark the inauguration of the Conference.

Description of Design : The design of the stamp is horizontal and depicts a globe with replica of Parliament House, New Delhi.