A set of 2 nos of commemorative postage stamps on the 150th Anniversary of the Archaeological Survey of India (ASI), an Indian government agency under Ministry of Culture, responsible for archaeological research, conservation and preservation of cultural monuments : 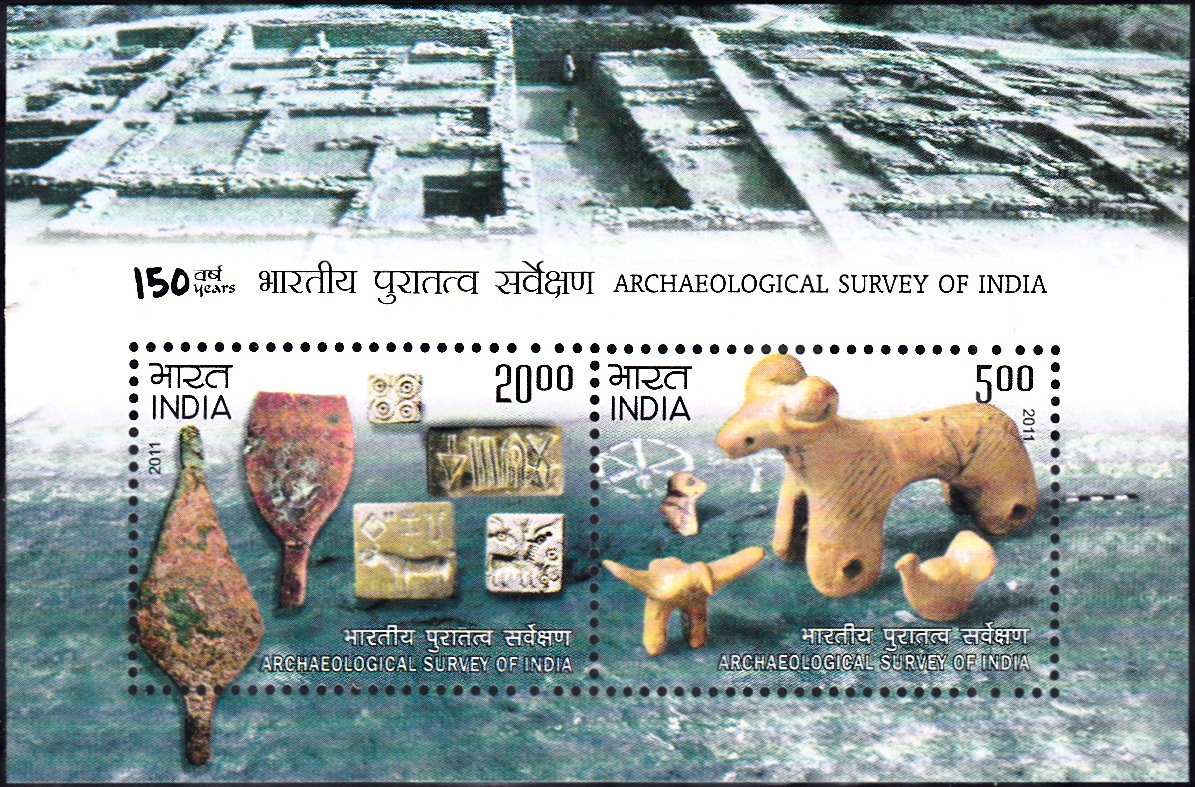 Issued for : Despite the challenges and limitations, the ASI is serving the country credibly. On the occasion of its completing 150 years of existence, the Department of Posts commemorates the event with the issue of a set of two postage stamps.