A commemorative postage stamp on the 75th Anniversary of the Benaras Hindu University : 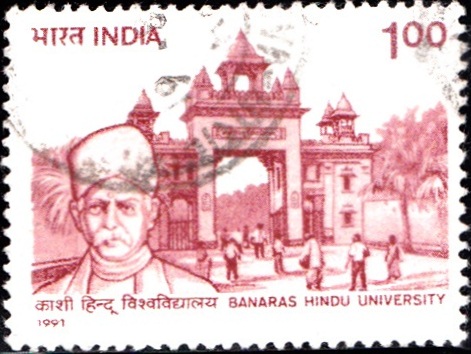 Issued for : The Department of Posts is proud in bringing out a special stamp to commemorate this university on the occasion of its 75th year of establishment.

Description of Design : The Stamp has been designed by ISP Nashik and is based on art work provided by BHU. FDC is designed by Sh. Sankha Samant and Cancellation is made by Ms. Alka Sharma.