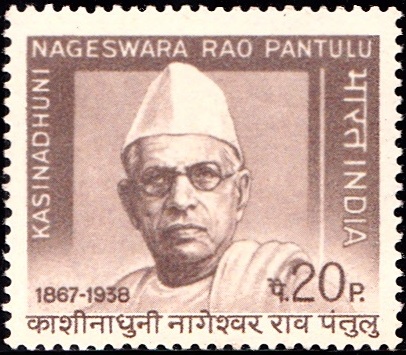 Issued for : In bringing out a commemorative stamp in honour of this valiant freedom fighter and patriot, the P & T Department pays its respects to the memory of this great son of Andhra Pradesh and India.

Description of Design : The design of the Stamp is horizontal and depicts a portrait of Kasinadhuni Nageswara Rao Pantulu.

Born on May 1, 1867 at Yelakurru, Krishna, Andhra Pradesh, India