A set of two commemorative postage stamps on the Bi-centennial of First Manned Flight : 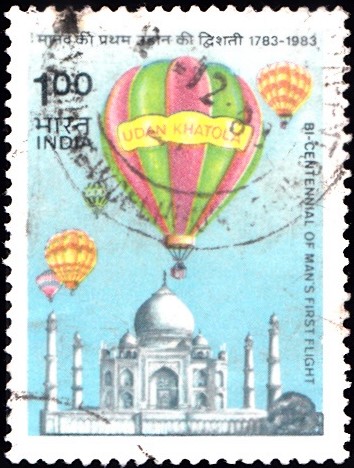 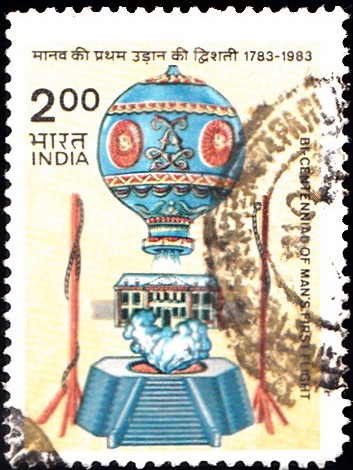 Issued for : Indian Posts and Telegraphs Department is happy to issue a set of two stamps on this occasion.

Description of Designs : The (100 p.) stamp shows the first Indian built hot-air balloon ‘Udan Khatola‘ flying over Taj Mahal (Agra). The other stamp (200 p.) depicts the first Montgolfier Balloon lifting from the platform at Annonay in Paris. Both the stamps have been designed by Satish Gupta. First day cover designed by Pulak Gupta depicts the three hot-air balloons presently with the Ballooning Club of India. Cancellation has been designed by Alka Sharma.