Complete Set of 3 nos of commemorative postage stamps on the Valour and Sacrifice made by the Indian Armed Forces in Indo–Pakistani War of 1965 : 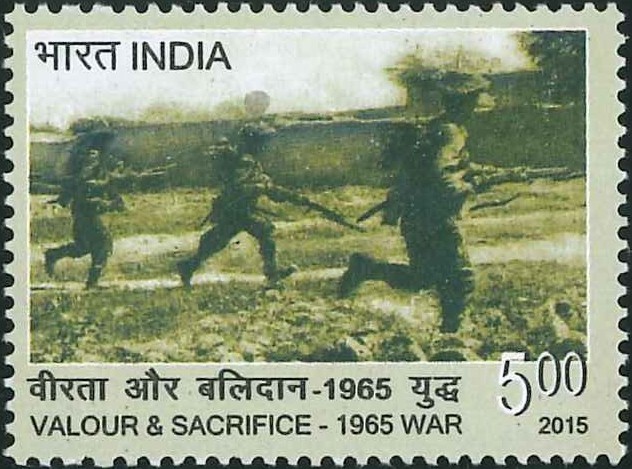 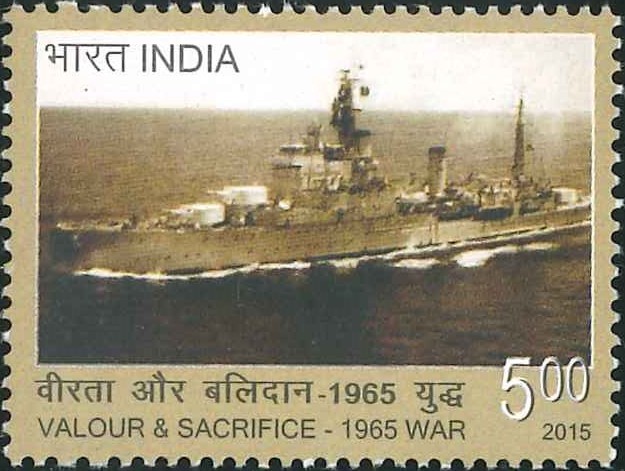 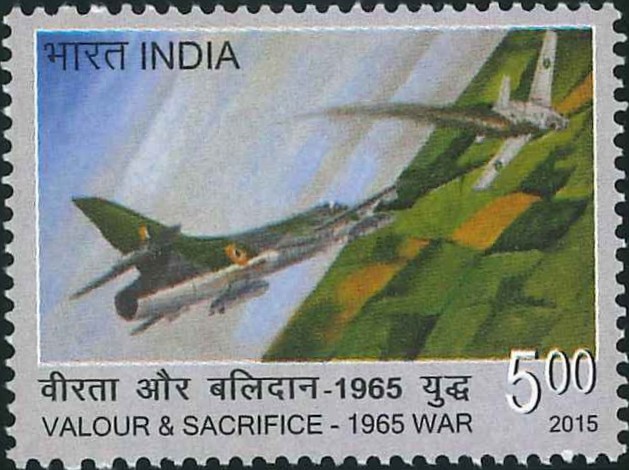 Issued for : The Department of Posts is pleased to release a set of three Stamps on the Army, Navy and Air Force, along with a First Day Cover and Brochure, to honour the valour and courage of the soldiers of Armed Forces of 1965 war.

Design : The Stamps depict the spirit and resoluteness of purpose displayed by the three wings of Indian Armed Forces during the 1965 war.