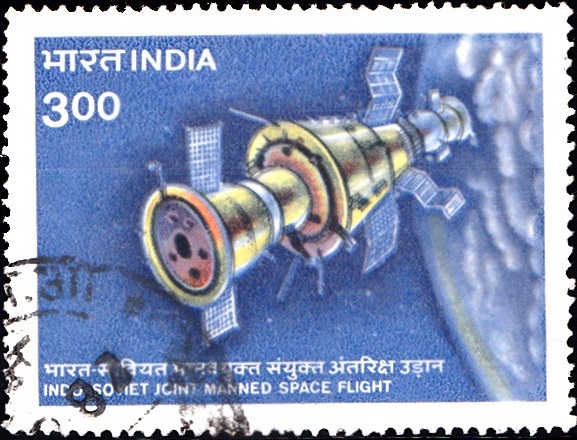 Issued for : Indian Posts and Telegraphs Department is proud to issue a special stamp on this historic occasion.

Description of Designs : The stamp depicts the Soviet SALYUT-7 space station with SOYUZ space ships docked on either side of SALYUT-7. The Stamp and First Day Cover have been designed by R. N. Pasricha. The cancellation has been designed by Alka Sharma.