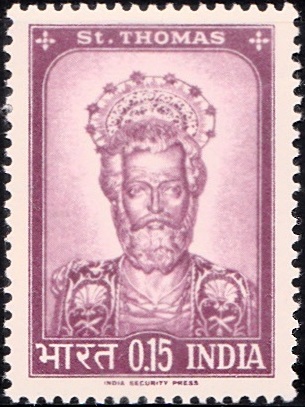 Issued for : The P & T Department was happy to issue the St. Thomas stamp on the occasion of the first visit of His Holiness Pope Paul VI to India to attend the 38th International Eucharistic Congress, which was convened at Bombay.

Design : The stamp which is being issued in honour of St. Thomas is in the denomination of 15 Paise and carries a picture of his silver bust which is in the Ortona Cathedral in Italy.