A commemorative postage stamp on the Bicentenary of the Vellore Sepoy Mutiny, first instance of a large-scale and violent mutiny by Indian sepoys against the East India Company, much before Indian Rebellion of 1857 : 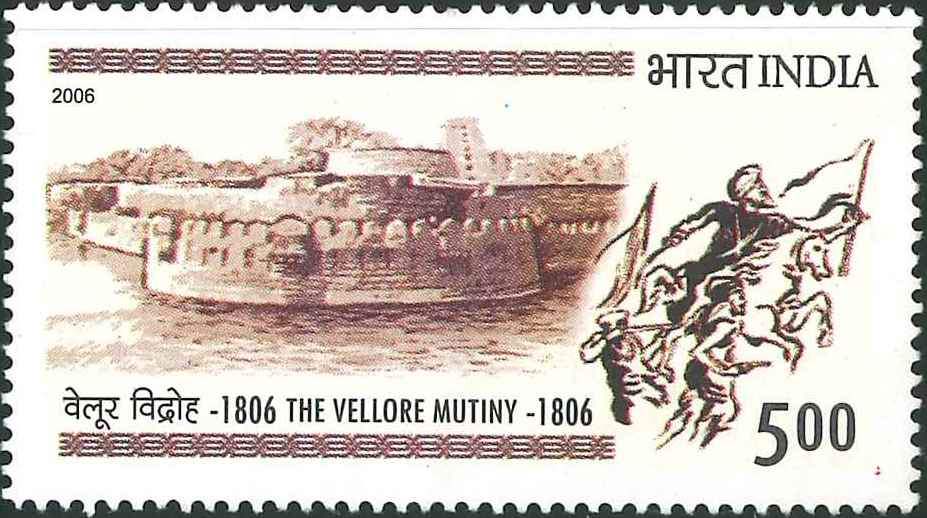