A commemorative postage stamp on the Namdhari Movement, a series of extremist activities by Namdhari Sikhs against British Raj : 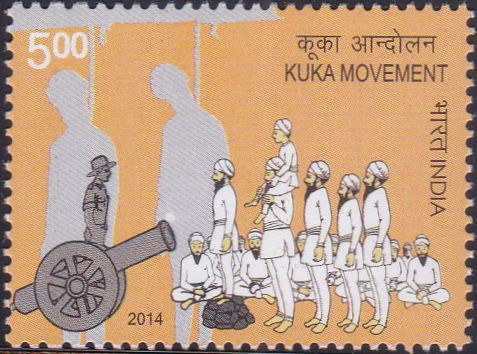 Issued for : Department of Posts is happy to release a postage stamp to highlight the heroic deeds of the unsung heroes of the Kuka Movement.

One thought on “Kuka Movement”