A commemorative postage stamp on the Diamond Jubilee of Parliament of India, Lok Sabha : 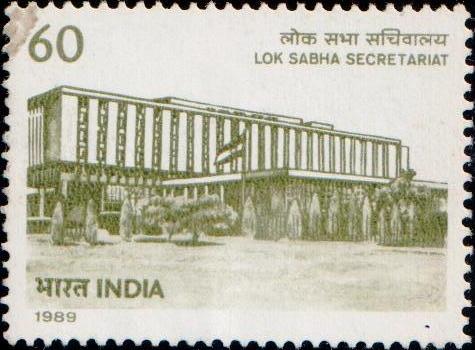 Issued for : The stamp is being issued to commemorate the Diamond Jubilee of the Lok Sabha Secretariat, which continues to maintain a tradition of impartiality, objectivity, dedication and promptitude handed down to it over the decades as also a distinct work culture of its own to meet the special requirements of the Parliament and its Members.

Description of Design : The stamp is designed by India Security Press, Nashik Road, the first day cover by Samaresh Chatterjee and the cancellation by Alka Sharma. The Lok Sabha Secretariat is depicted on the stamp and Parliament House, New Delhi on the first day cover.