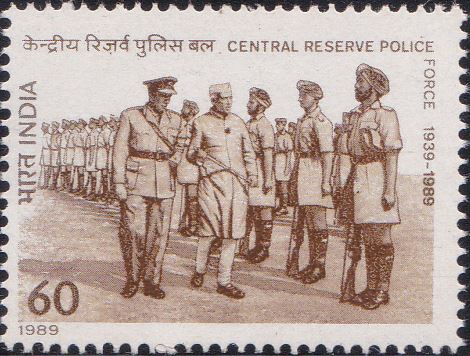 Issued for : The stamp is released to commemorate completion of fifty years of the CRPF.

Description of Designs : The design of the stamp depicts the late Prime Minister Pandit Jawahar Lal Nehru inspecting CRPF Guard of Honour at Neemuch in 1954. The design of First Day Cover depicts the CRPF personnel patrolling inhospitable terrain in Arunachal Pradesh. The Stamp and First Day Cover have been designed on the basis of material supplied by the CRPF. The cancellation has been designed by Ms. Alka Sharma.