A commemorative postage stamp on the 60th Anniversary of the Red October Coup, a revolution in Russia led by Bolshevik Party of Vladimir Lenin, part of larger Russian Revolution of 1917 : 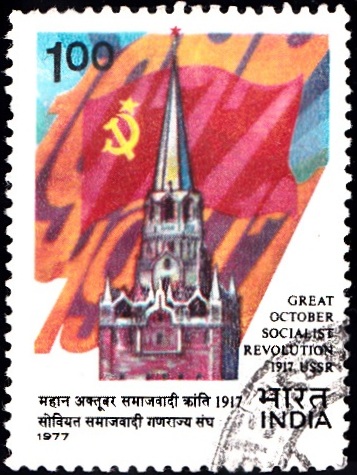 Issued for : The Indian Posts and Telegraphs Department considers it a privilege to bring out a stamp to commemorate the 60th Anniversary of the Great October Socialist Revolution.

Description of Design : The design is stylised one showing the Kremlin Tower with the background of the Soviet flag interlocked by the years 1917-1977.

One thought on “India on Great October Socialist Revolution 1917 USSR”