A commemorative postage stamp on the Golden Jubilee of the Independence of Puducherry, a French colonial settlement in India : 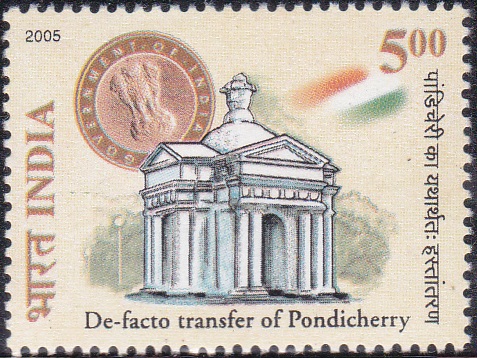