A Souvenir Sheet consisting of 1 no. of postage stamp on the Indian Army‘s participation in United Nation Peace Keeping Force spans a period of 55 years from 1950 onwards, covering 38 Missions with 70,000 troops deployed, 109 soldiers laid down their lives to preserve peace for mankind : 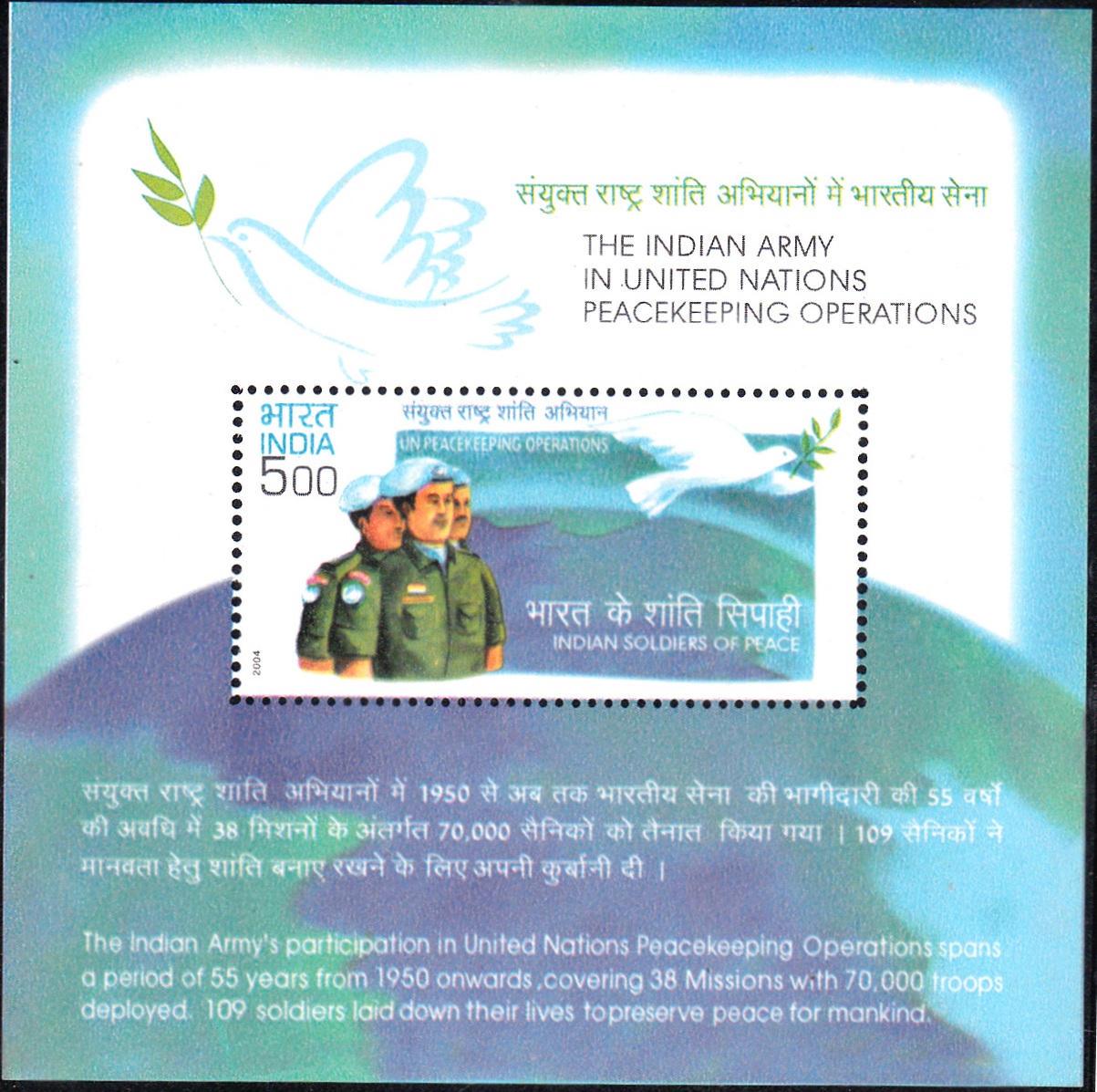 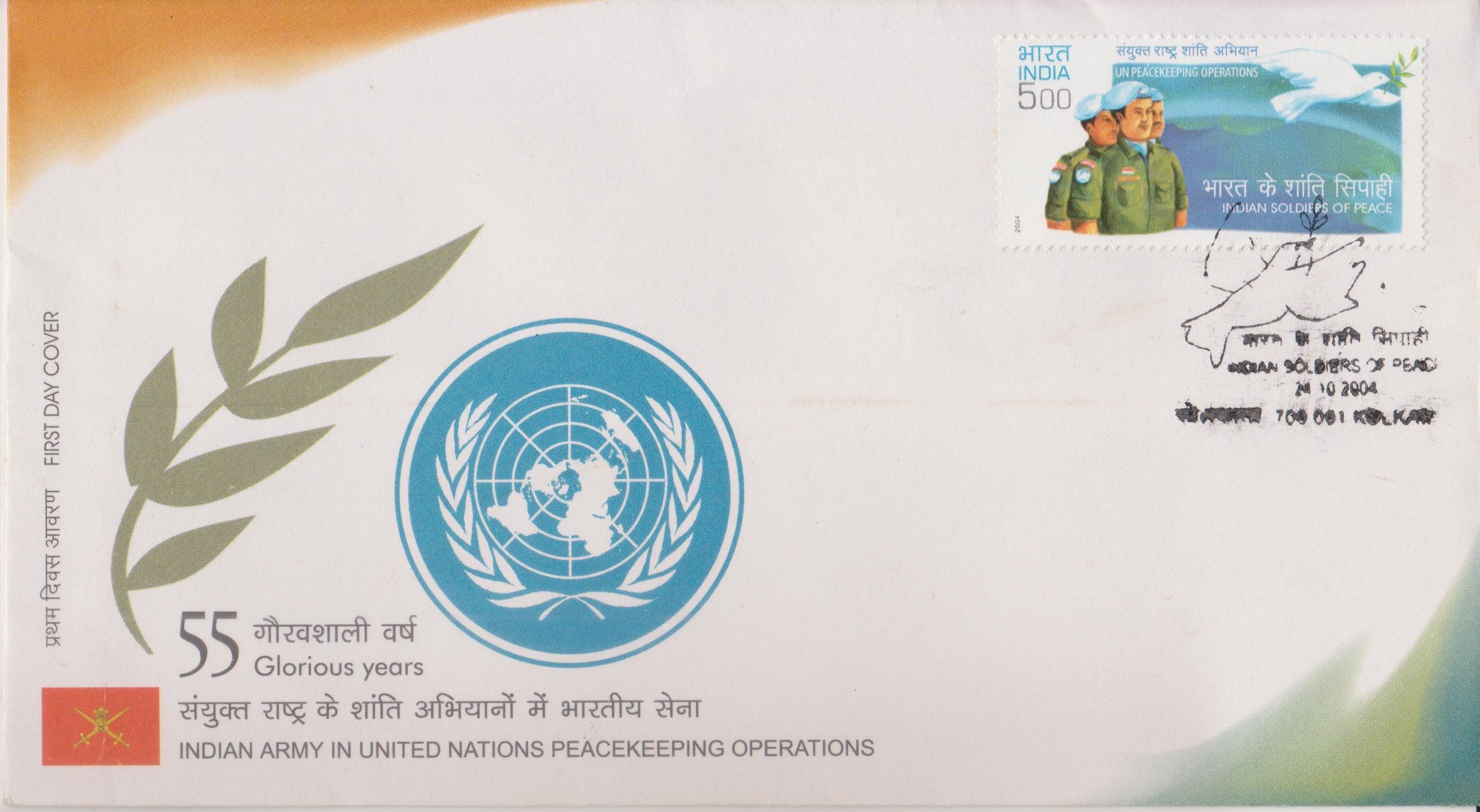 Issued for : Department of Posts is proud to issue a commemorative postage stamp on “Indian Army in UN Peacekeeping Operations”.