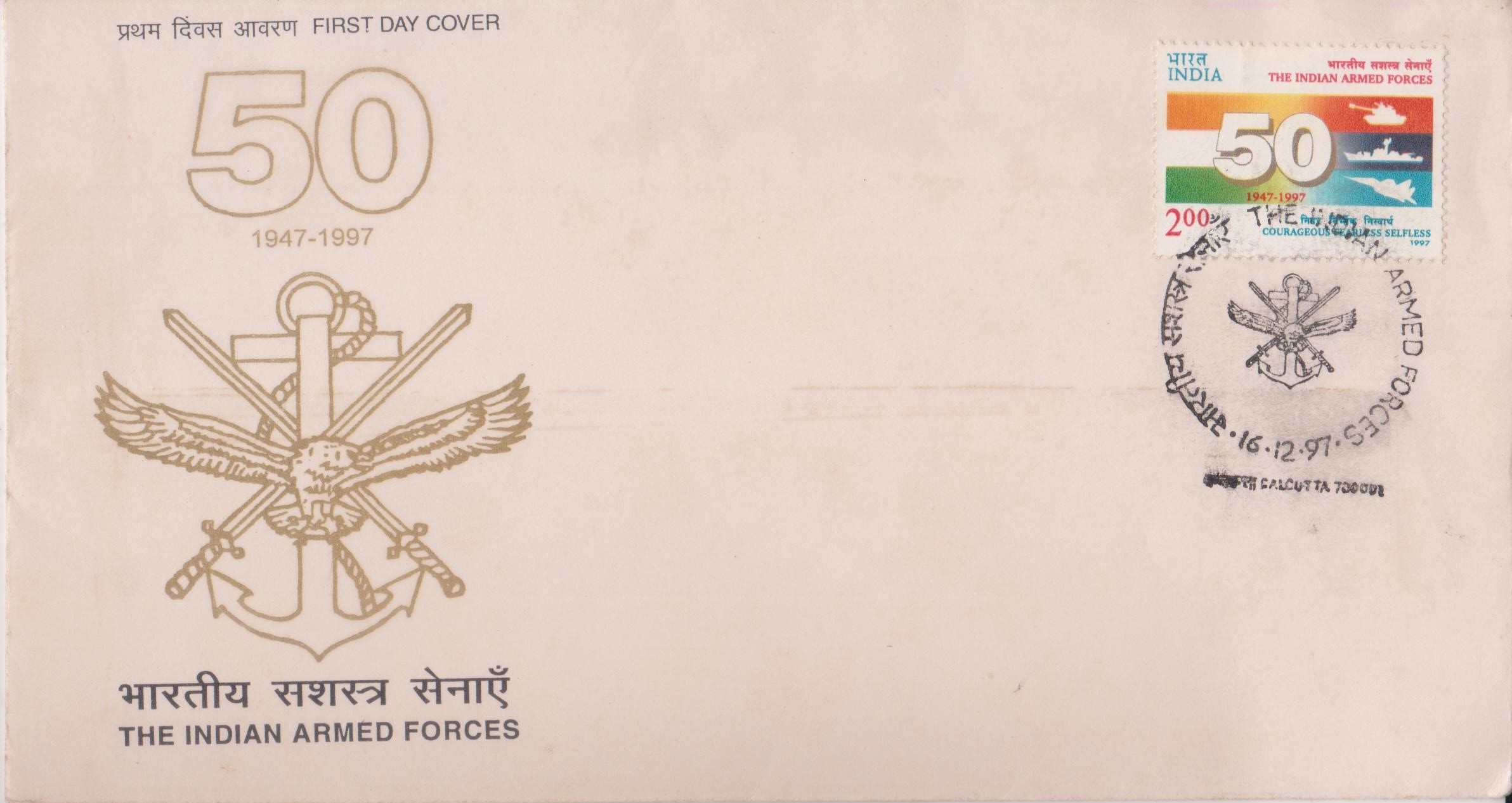 Issued for : The Department of Posts is privileged to release a special commemorative stamp on 50 years of the Indian Armed Forces.

Design : The special commemorative stamp comprises of three bands from the left signifying the tricolour, blending into the service colours of deep red, navy blue and sky blue for the Army, Navy and Air Force respectively. Icons easily identifiable with the three services are depicted on the service colours : tank, battle ship and fighter aircraft. The first day cover has the joint services crest (Anchor for the Navy, swords for the Army and the hawk for the Air Force).