Complete set of 8 nos. of commemorative postage stamps on the Solar System : 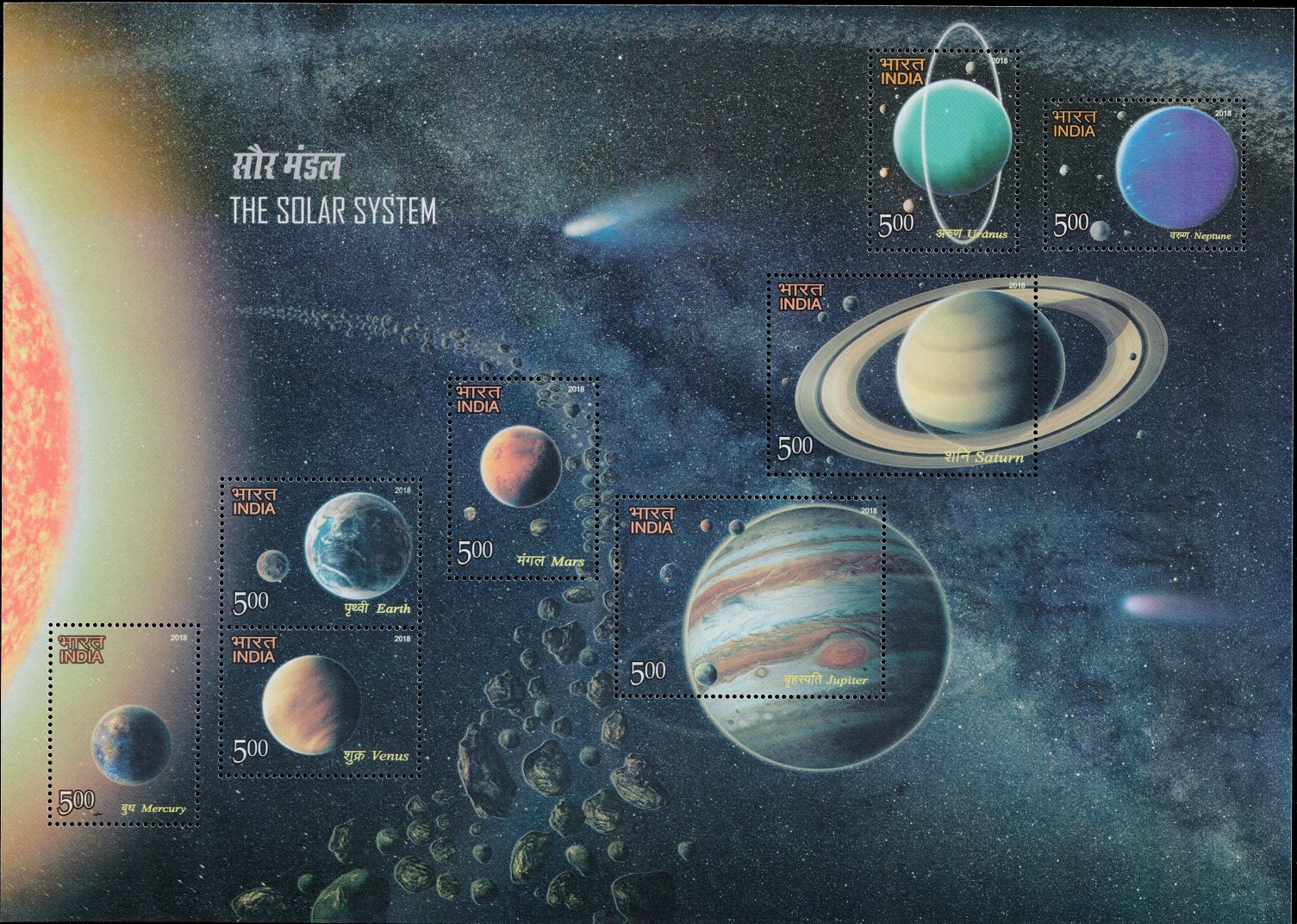 Issued for : Department of Posts is pleased to issue a set of 8 Commemorative Postage Stamps depicting 8 planets of our Solar System on the theme “The Solar System”.

Stamps Printed : 5.0 lakh each in the form of sheetlets