A miniature sheet consisting of 1 no. of commemorative postage stamp on the 150th Anniversary of Railways in India : 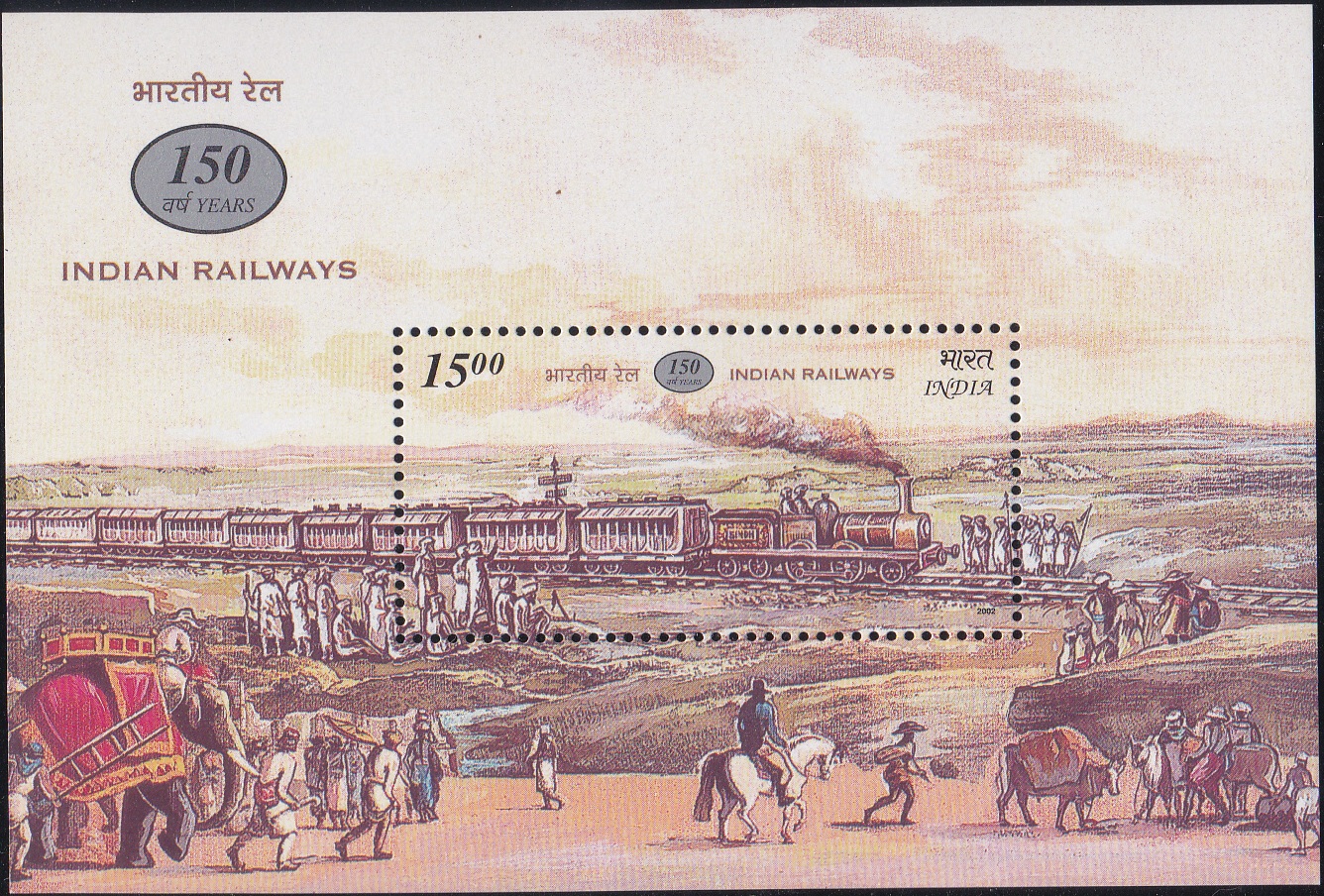 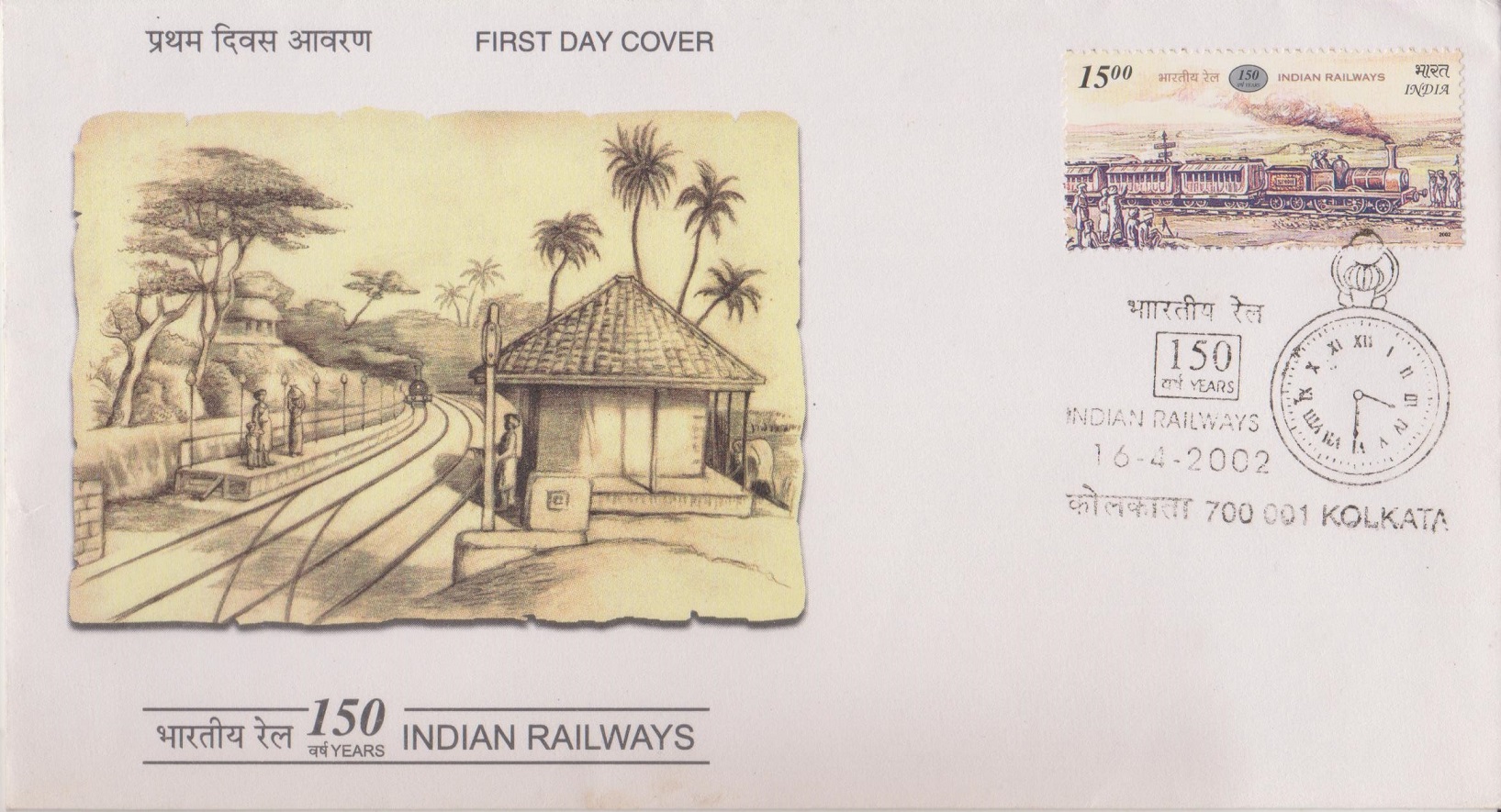 Issued for : As the country braces itself to observe an year-long celebration to mark the 150th anniversary of India’s first train journey which falls in 2003, the Department of Posts tries to capture the spirit of the event with the issue of this commemorative stamp.

Design : The design of the stamp (and the miniature sheet) tries to re-create the Indian landscape of 1853, with the first train chugging away in the distance, on its journey to Thane on the 16th of April. The First Day Cover is an artist’s impression of the old Byculla Railway Station, located on the track connecting Bombay to Thane. A station master’s watch showing the time when the train commenced its historical journey from Bombay is shown on the design of the first day cancellation.